Clemency and the “UP” party

Clemency and the “UP” party 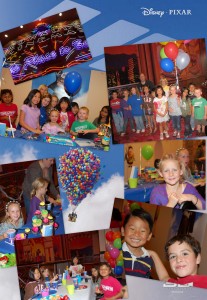 Last Friday (29th May) we planned to have a 7th Birthday party for Clemency at the Movie theatre for the oppening day of UP, the new 3D Pixar movie. It was a great idea and quite origninal by her friend’s standards (no Pump-it-up here thanks). But oh what an experience it turned out to be…..

Just a little background first.  We invited 10 kids thinking maybe 7 or 8 would come, that would be a nice number.  The party was to be at the Irvine Spectum on opening day of the new Pixar movie UP.  It is a convenient location for people to come and my office is just down the road from the theater.

Now there were a few issues: They had double booked the party space with another party going to the movie after ours but insisted that this would be OK.  Secondly I was doing an office move for work that day, office was shut down and we were patching cables, installing servers and doing lots of manual work that I could not get out of so was planning to go straight to the theatre and meet at 4pm with everybody to organise things before going in for the 4.30pm showing of the movie.

Now Veronica doesn’t have a cell phone so I can only reach her at home so I tried calling her around 3:15pm to see if she was on track and if she could grab a clean shirt for me as I needed a fresh one, but she was not at home. I wasn’t that worried as I could easily get myself there at 4pm to meet the arriving guests. At twenty to four I still had not heard anything so decided to go anyway and at ten to four, while on my way to the theatre, I received a voice mail from Veronica saying that she was going to be late…

Veronica had been running around all morning doing preparations, getting balloons, picking up the cake, etc. She had also organised to pick up one of the kids going to the party, had said 3.30pm for pickup, which would give plenty of time to get to the meeting place on time. So when she turned up at the agreed spot to pick the child up there was no one there and she could not find them which concerned her a little. She managed to track down the friend and then called me to say she was running late and would not get there until 4:15pm.

Fortunately one of our friends (Susan the saint) had offered to help mind the kids while they arrived and I arrived on time.  I then proceeded to meet the staff and started organising the drink orders for the kids as they would have popcorn, candy and drinks to take into the theater.  So by 4:15pm I counted 11 kids including Clemency, Hadley and the friend they had to pick up and had not arrived yet.  So I thought we had everybody I could account for so told the staff that we had 12 people and they went to reserve the necessary seats, in two rows of six in the theater.

Veronica’s late arrival made for a great arrival. The Green machine (2001 Toyota Sienna CE) pulled up to the drop off  and Clemency was mobbed like a celebrity as she exited the car so she was pleased to see everyone.  It was now time to go in so everybody lined up and we filed off to the theatre to pick up our food and go see UP in 3D.  It was at this point that I realised that I may have bitten off more than I could chew.

The first thing was Niaz picking up her food box and promptly dumping her popcorn all over the floor, then we filed into the theatre to find that some other people with a birthday party had decided to take our reserved seats, we had the best seats reserved in the middle of the middle – we waited while the staff cleared them out. After we split into two rows of 6, birthday girl, crazy kid and 4 other girls in front, 2 girls , 2 boys, Hadley and myself in the row behind we noticed on the other side of the theatre a mother and child looking for someone.  Suddenly  I recognised the girl as someone from Clemency’s class, who after having her own story of lost children, had arrived late after we had gone in.  I explained this to the staff, they organised another food order.

Then I relaised that we didn’t have a seat for her, and being the first day of the movie, it was sold out with no free seats! I was about to give out and just leave them to it but realised Hadley could survive on my knee. Now as it was a 3D movie I had to hand out all the glasses to the kids – fine but they are in these akward plastic bags that were hard to open – previews well and truely running through now.  Job done now I can relax and enjoy the movie.

Wrong, first thing Hadley decided to do was open his Skittles -they exploded everywhere so no candy for Hadley, then I noticed that Hadley was swinging his legs a little more than he should be – “Hadley, do you need to go to the toilet?”, “no“, he replied.  I was not convinced and continued to monitor the situation as we go into the movie. About 10-15mins into the movie the swinging legs had turned into kicking legs and a quick survey of the upper leg area revealed a slightly moist warm patch (remember he is sitting on my lap). “Hadley, you are wetting your pants, we have to go to the restroom now!”, “I don’t need to go, I don’t want to miss any of the movie“, “You have to go and we will just have to go fast”, so we went (remember we are in middle of the middle of the theatre and there are 11 other 7 year olds that I am meant to be supervising).  We run out, he does a quick wizz and we run back in, all without taking his 3D glasses off. Of course I now have to sit through the remainder of the movie with a 4 year old who has piddled in his pants sitting on my lap – it is so comfortable and warm in that theatre.

OK back to the movie, great movie from what I saw of it, classic Pixar, excellent use of 3D perspective, great characters, etc.  But what is this, crazy girl has got up, is walking to the end of the row up to my row then along to my seat, “Can you hold my sweatshirt, I am hot and don’t need it”, “OK”, I say wondering what this kid is doing as I watch her walk back past all the other people to her seat at the far end of the front row we occupied.

The kids had got to the bottom of their popcorn and were starting on their Skittles candy.  After seeing Hadley’s attempt at openning them I realised that this was not going to go smoothly.  The kids started asking me to open their Skittles – every single one of them.  I used Hadley as a runner along the row collecting Skittles, bringing them to me to open then carrying them back, everyone that is except crazy girl, she brought hers to me in person (trip number two).  I think by the end of the movie crazy girl had done five trips along her row, then up and along my row to talk to me, including telling me that she had finisher her drink, and that she was now cold and wanted her sweatshirt back.

So we managed to get through the movie and get everybody out of the theatre together, oh but they all needed to go to the restroom.  Two minutes later I am standing in the hallway, alone with Hadley (he had already gone), hoping that 11 kids come back.  I couldn’t go into the girl’s restroom and there were only two other boys, but they all cam back and we then filed off with one of the managers to go on the booth tour.

The booth tour was really interesting, at least for myself and the couple of other boys, but not so much for the girls.  They took us all up the back to the projection booths for the theatre, which is a big multi cinema place with lots of differect movies on at once.  The projectionist attempted to educate the 7 year olds on how the film is loaded from these massive spinning platters over to the projector, through the digital sound head and lenses (the kids got to look through them which they though was kinda cool) then back over to the receiving platter.   Well the film platters are about two meters from the projector and the film is flying across the gap about a foot off the ground with nothing to protect it from it being knocked by a child foot as they stepped over it to look out the projection window to see what was showing in the theatre below. Thankfully they didn’t trip on anything and Clemency did get to start one of the movies for the people there which was a highlight, but I was not feeling any less stressed.

Meanwhile Veronica had some fun of her own getting the after party cake and snacks ready for the kids due to the double booking. She had to unload all the stuff from the car herself with Penelope in tow – don’t know how she managed that, and then she had to wait for the previous party, who had their celebration before the movie instead of afterwards. Well some of the guest mothers did not move along very quickly and as a result Veronica was left scrambling to get the food set up.  Anyway the kids came back had their cake, sang happy birthday, the parents somehow managed to find their way in and pick up their kids and it was all OK – Yahh.

There is another adendum to this story that involves the Birthday girl and opening presents in the car on the way home, but lets leave that out and just say that everybody was very tired at that point.

Hi van Rijs! sounds some drama of a party. Perhaps I may have been good for a hand, Veronica. Clemency, Grandma says, some party! 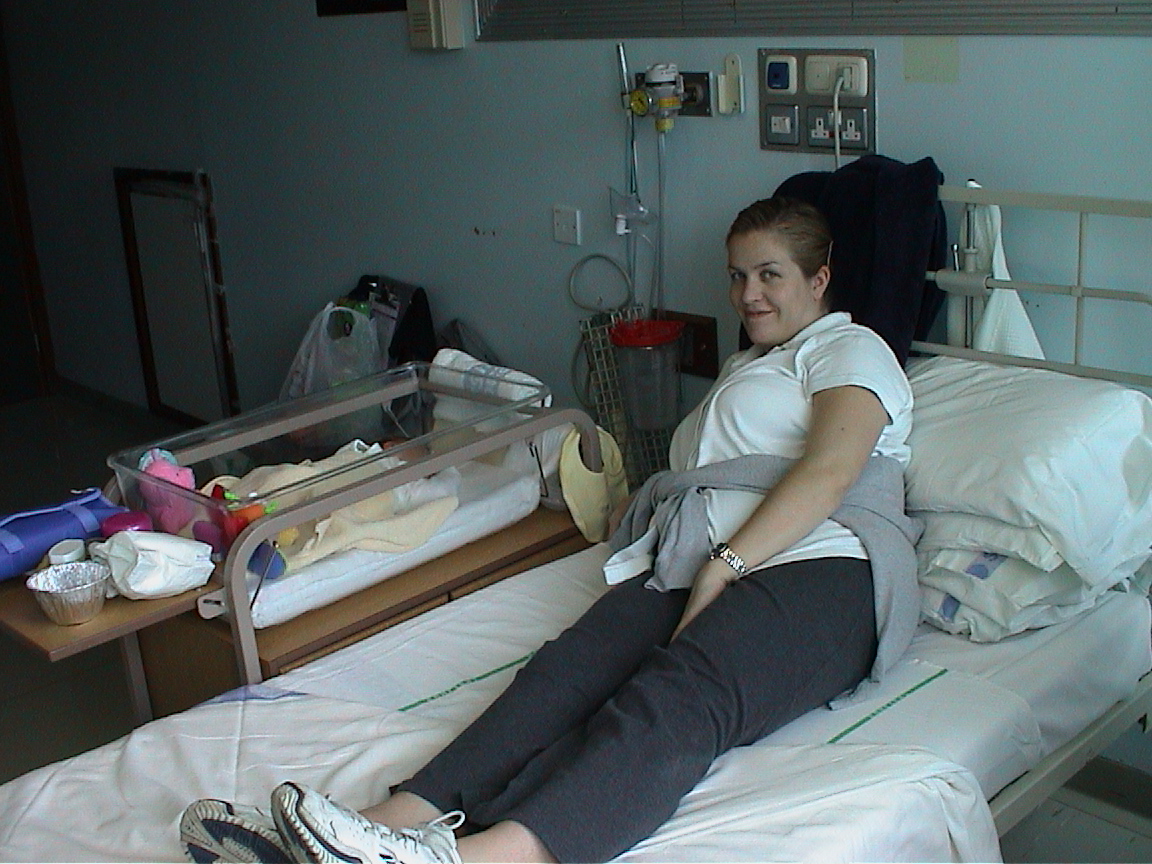 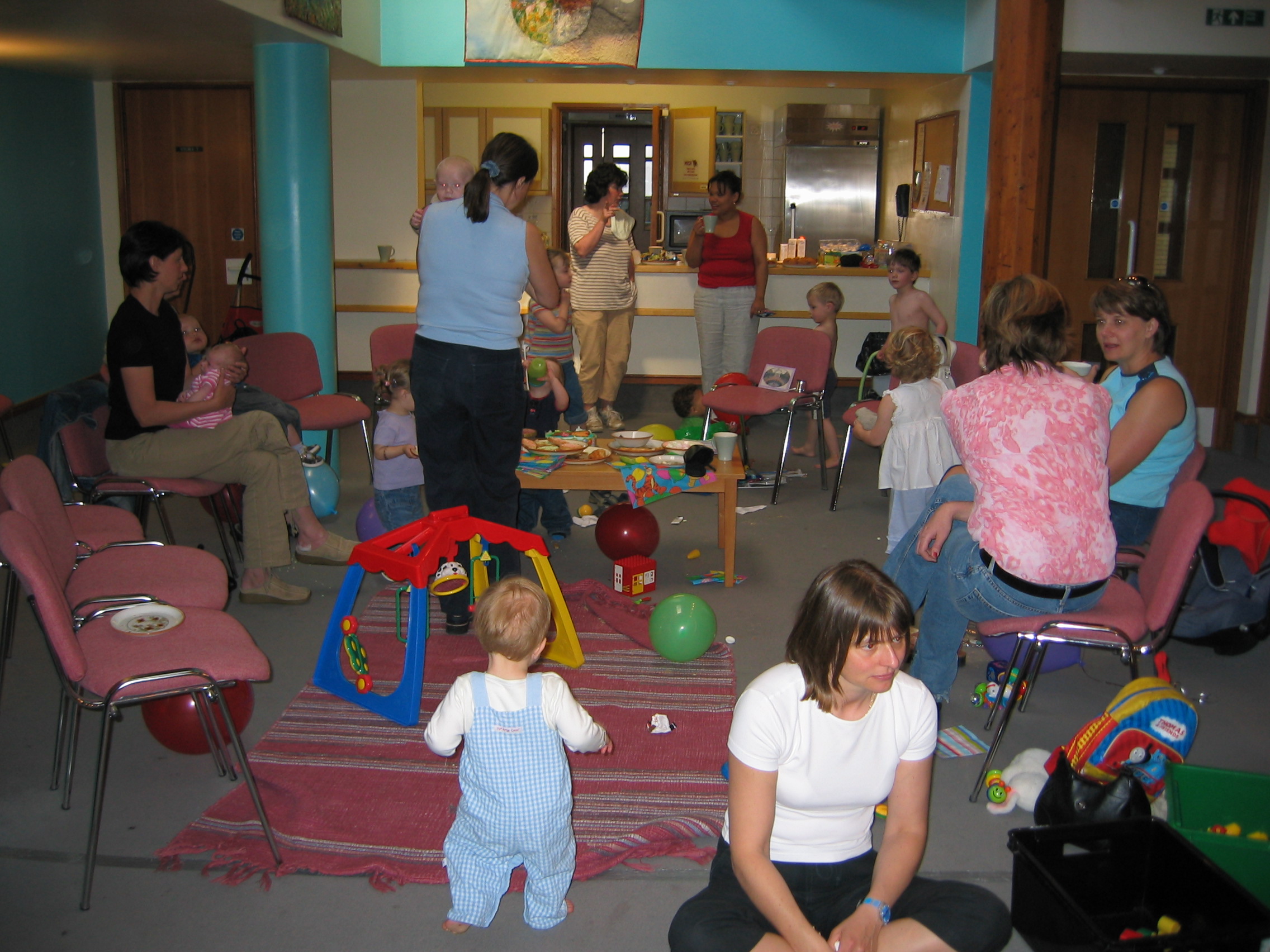 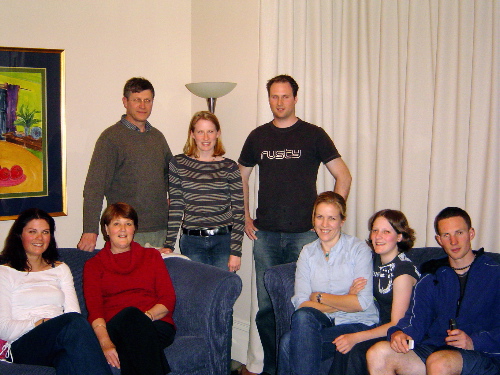 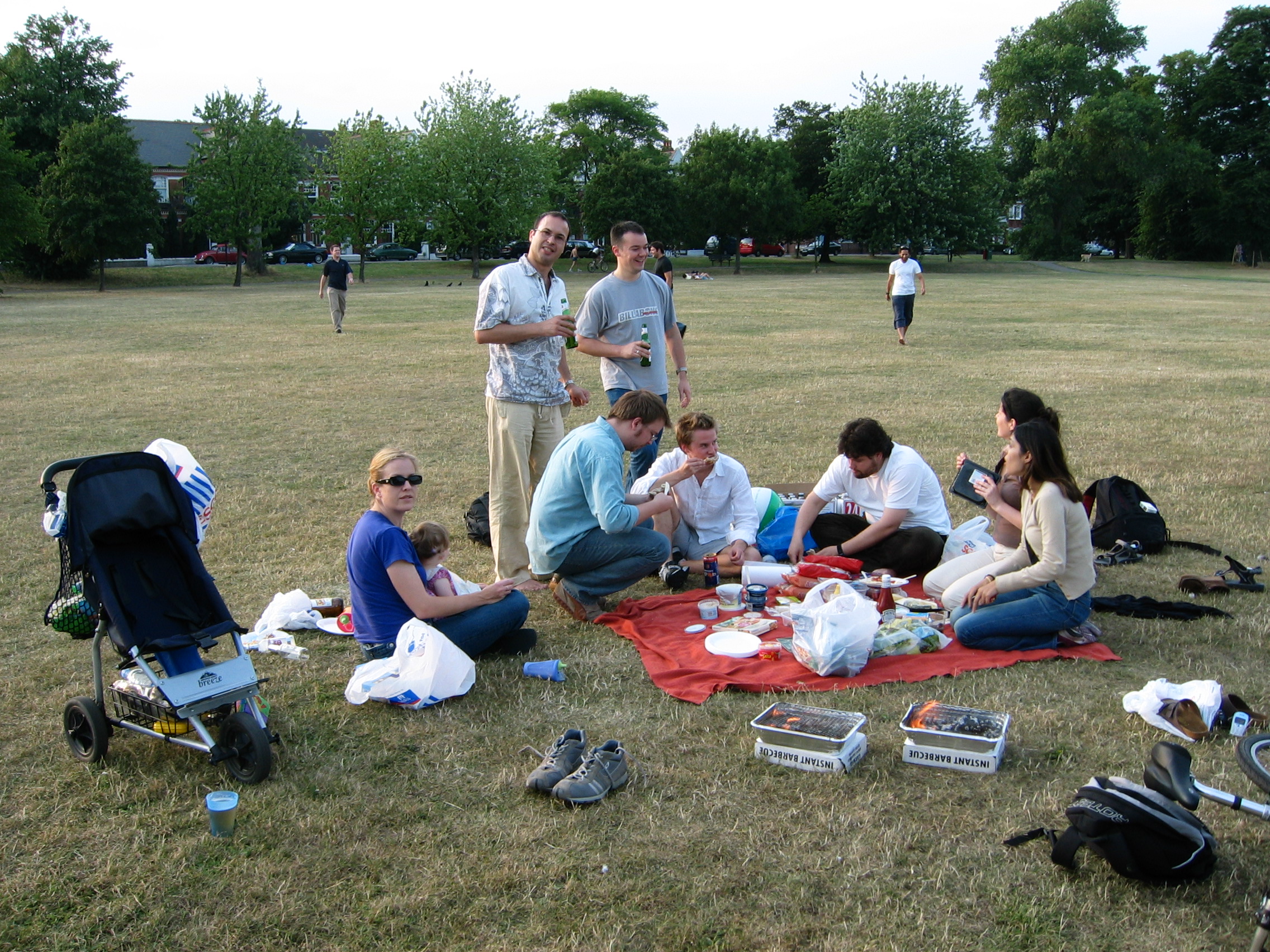 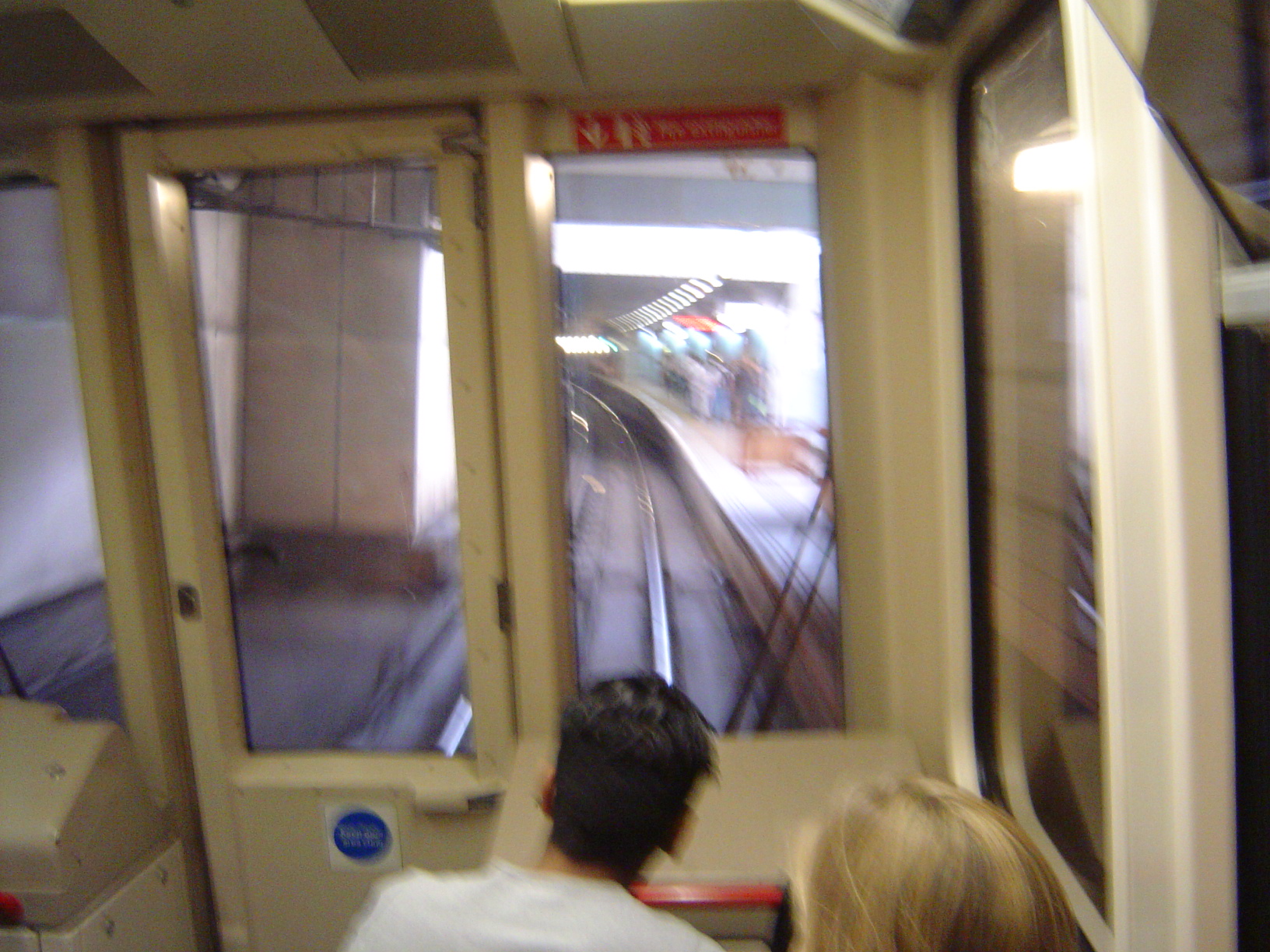 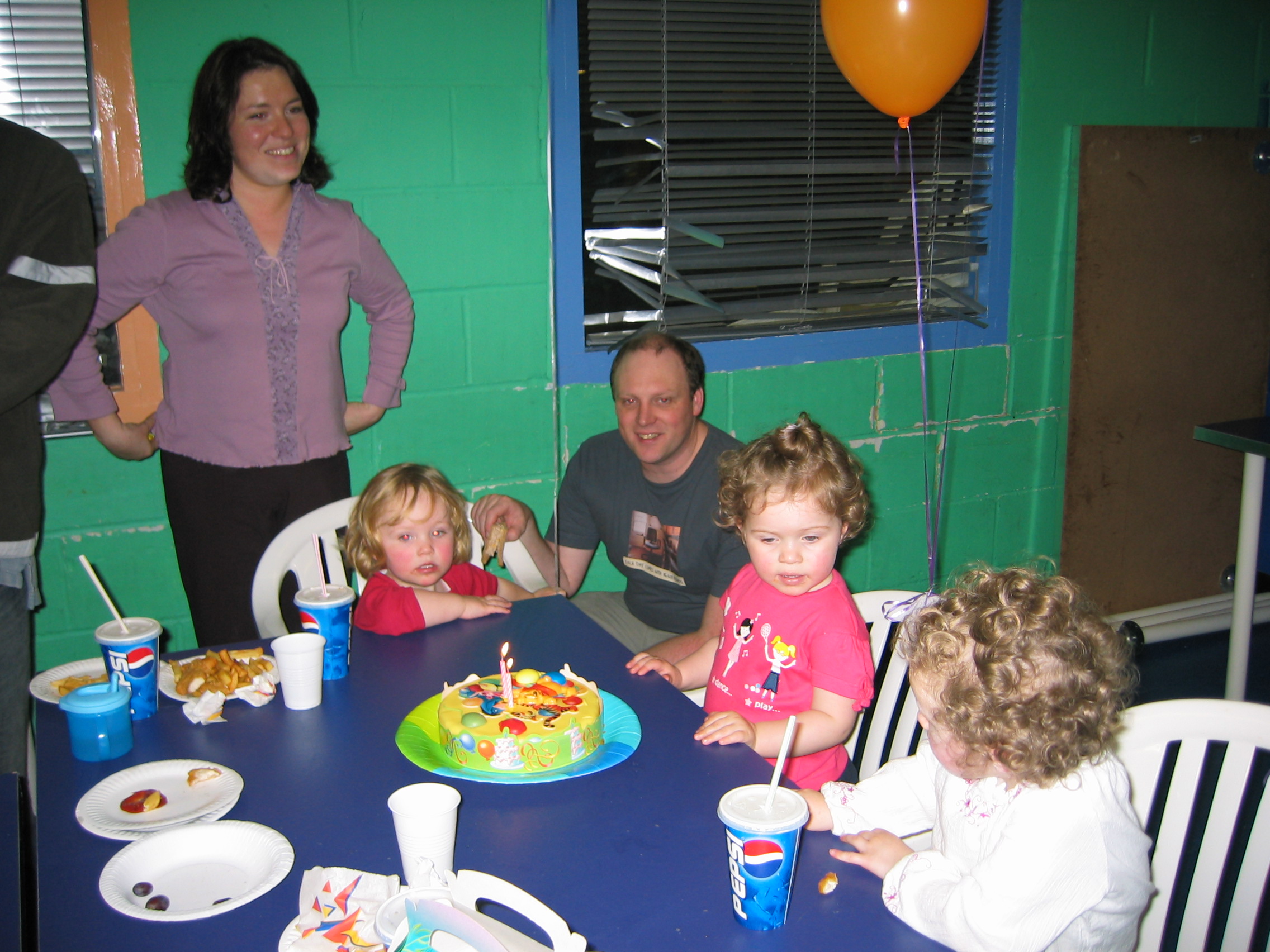 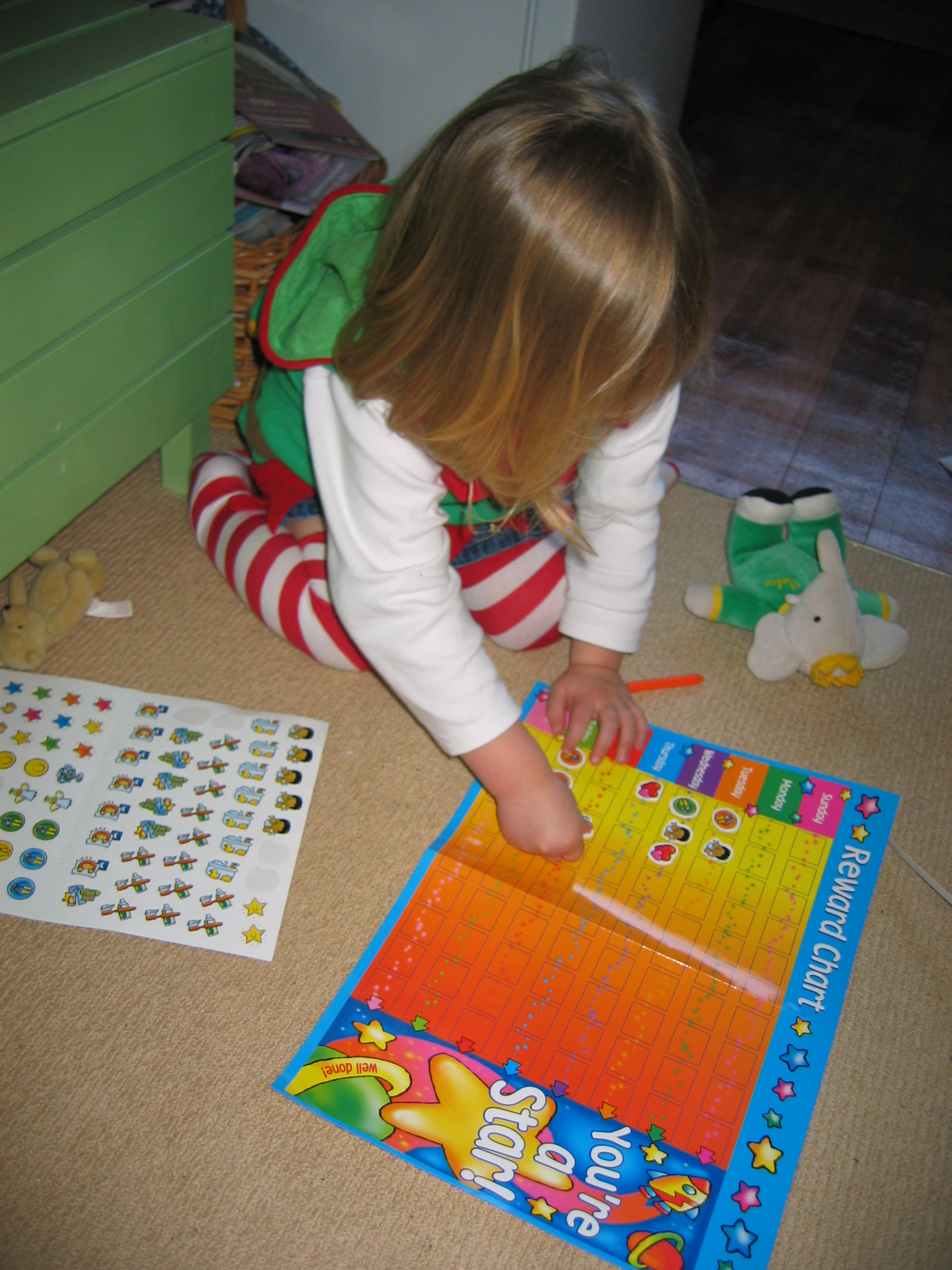 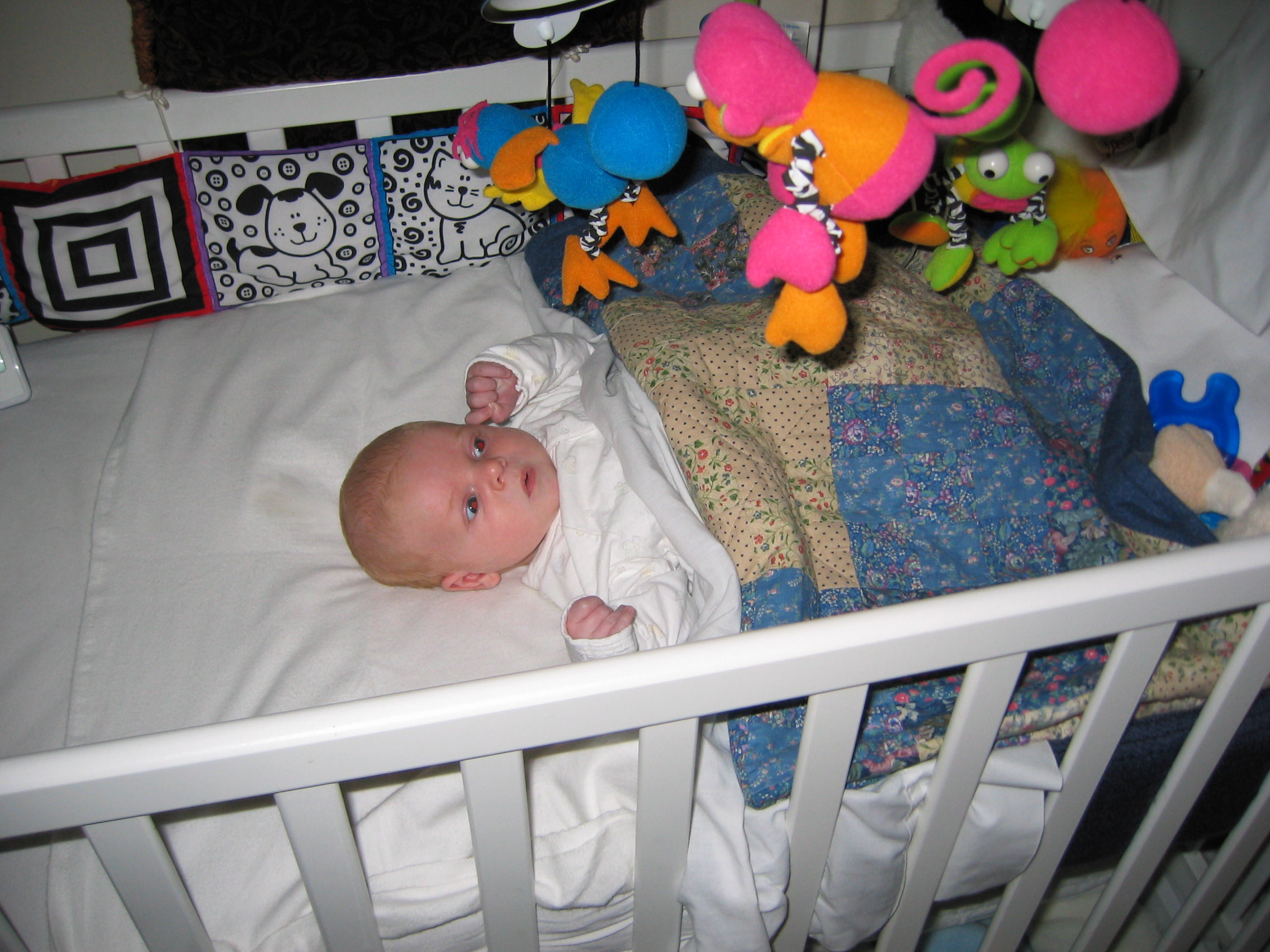 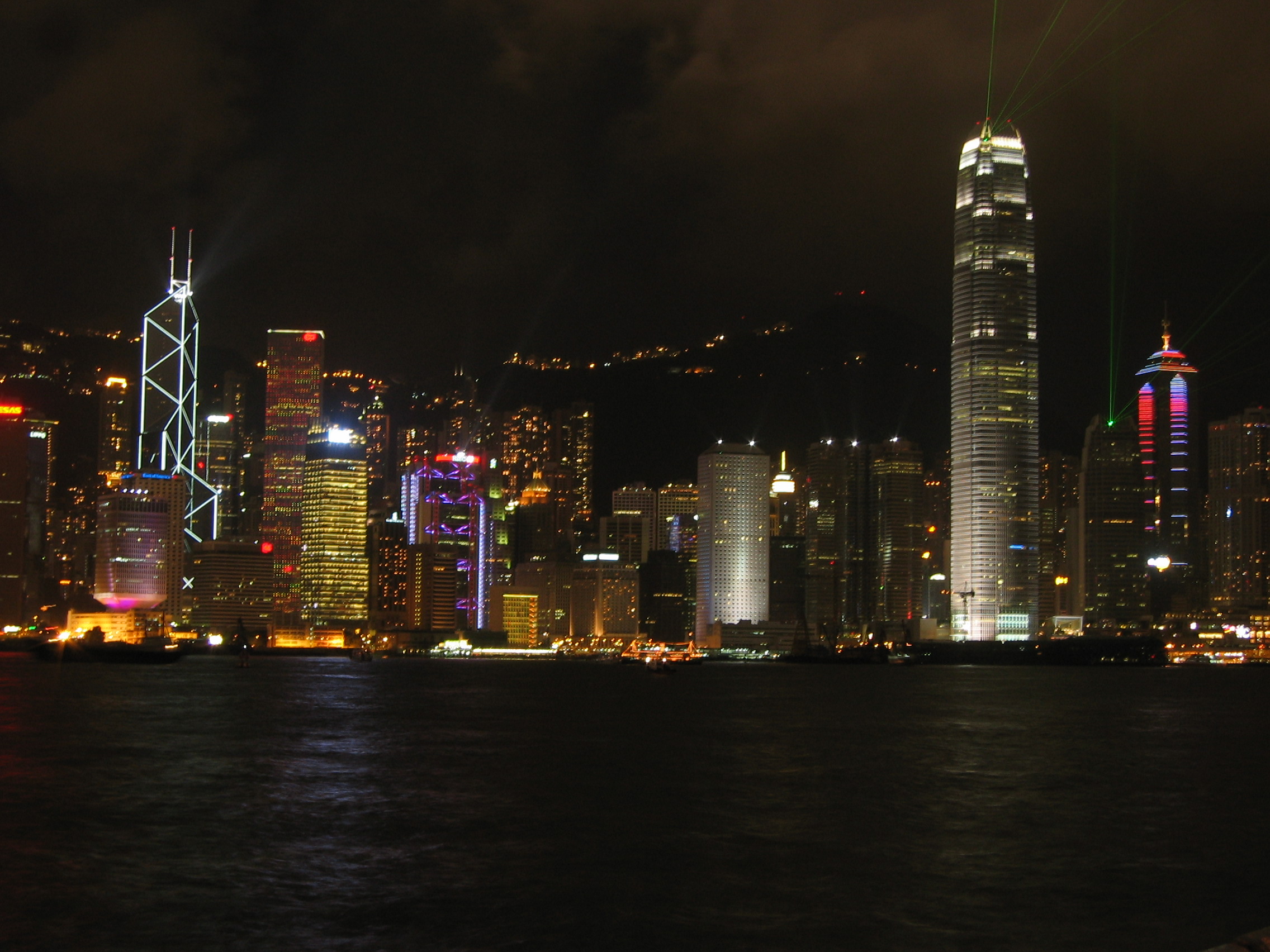 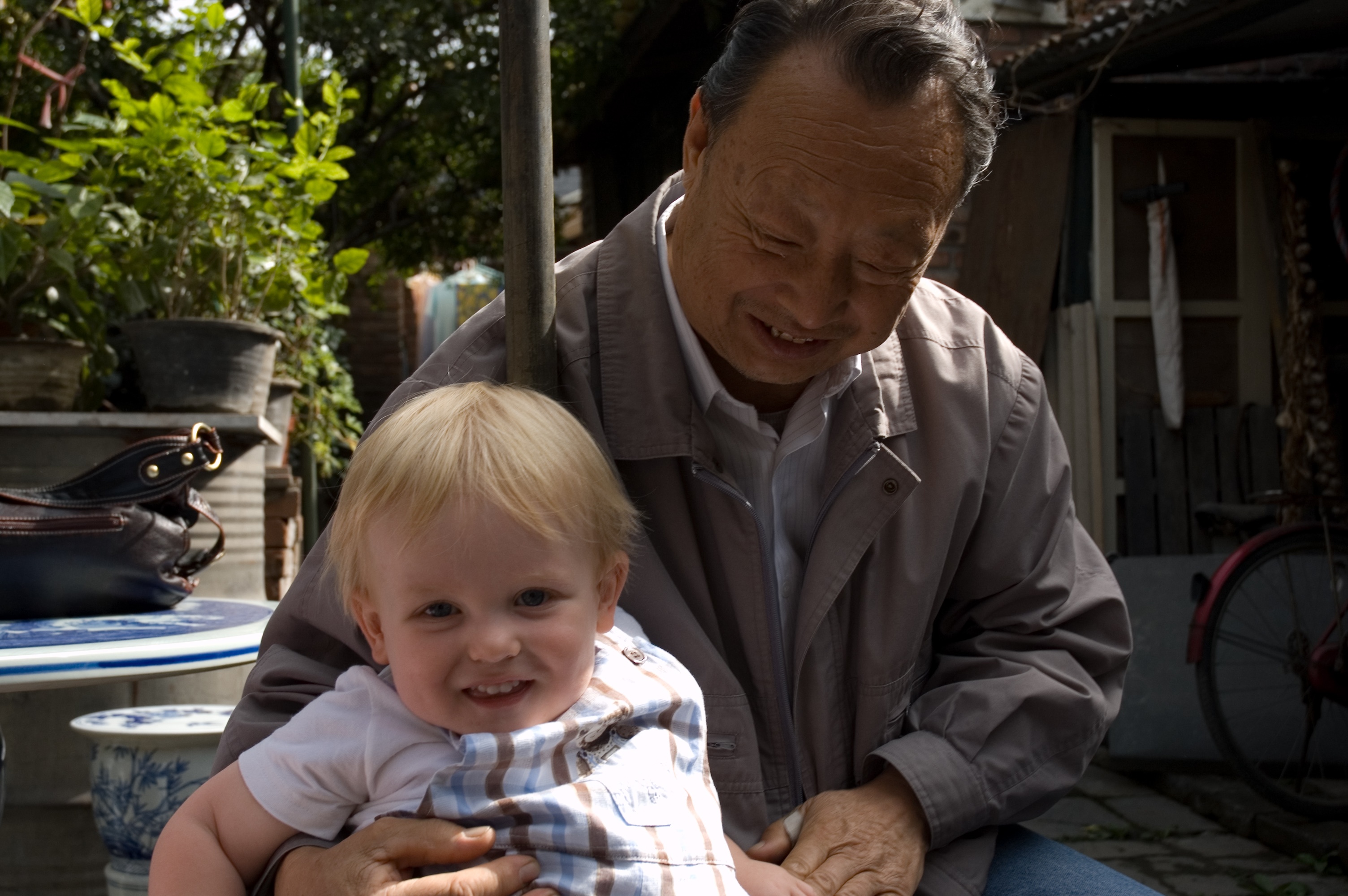